The Marketing Funnel feature is an incredibly powerful feature that can allow your customer to automate an unlimited series of push messages to their users, set off by certain triggers within the app. This feature is a real game changer! 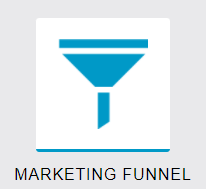 To create a Marketing Funnel feature, click on the icon from your list of features to add it, then select it from your existing features to view it as you normally would.

You will see aside from the Integrations tab, there are 3 types of funnel:

1. Push Funnel - Create a series of automated push notifications activated by certain triggers within the app.

2. Email Funnel - Create a series of automated emails activated by certain triggers within the app or triggered by a landing page form that can be embedded into your website.

3. Reminder Funnel - Similar to the Push Funnel, but not set off by a trigger within the app. It is a series of Push Notifications where the first one starts from a specific date instead.

Click on + ADD NEW FUNNEL under the Push Funnel Menu.

The next section, you can ignore for now:

All funnels can be exported via .zip file. This section allows you to import a previous funnel you have made. This can save you a lot of time if you have constructed a large funnel in a previous app that you want to use again, for example.

Under the ADD NEW FUNNEL section in the next screenshot, you need to give the Funnel a Title and Description.

NOTE This is not viewable to anyone but the business owner. If you have multiple funnels in one app, this will summarise to the app owner what this particular funnel is for.

Next, you will need to set the Trigger. There are a number of different options here to suit your requirements. Once this particular action is completed by the user, it will initiate the push funnel. 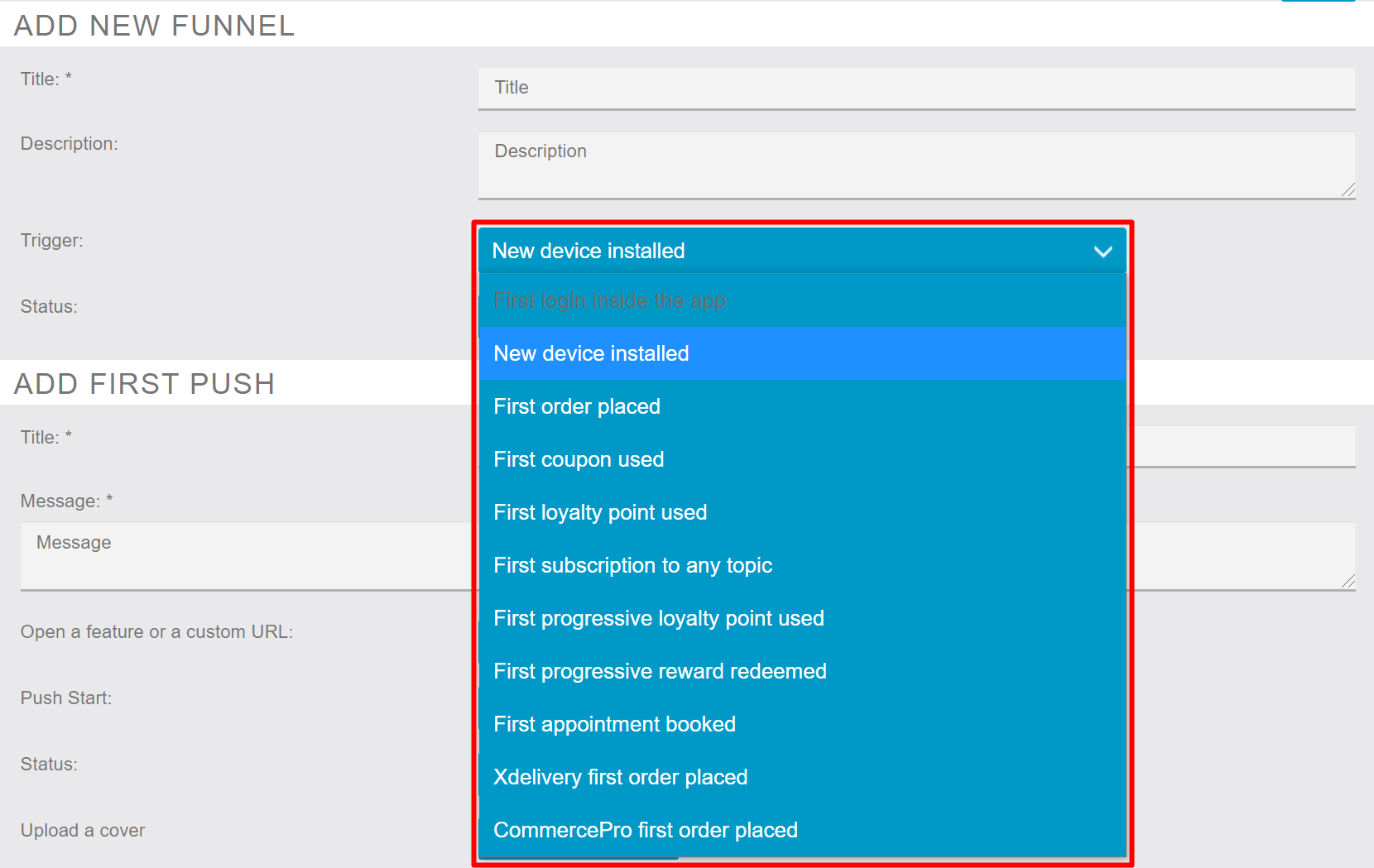 Next, you want to ADD FIRST PUSH to create the first push in our funnel. This is set up just the same as you would set up a normal Push Notification. The only difference is that you can select a number of hours or days after the user completes the action before you start it if you want to.

Once this step is complete, Save your changes and you will be dropped back to the first screen and your funnel will be showing like the example below.

To add more to this Push Funnel, you now need to click the edit icon on the right-hand side, which will open up our previous funnel, with an additional option at the end of it to ADD NEW PUSH at the end.

You can now simply repeat the first set of steps to continue adding to your Push Funnel!